“Teal” the Fear and Do It Authentically 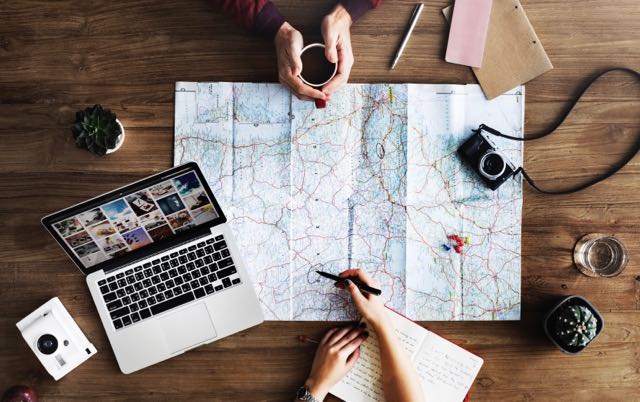 “Teal” the Fear and Do It Authentically

The world, at present, is somewhat of a crazy place.

Whether contemplating the devastation in Syria and the resultant humanitarian crisis, or the absolute lunacy of Brexit and the Trump results in 2016, we would be forgiven for asking those despairingly rhetorical questions:

What can I do?

What influence do I have?

When what we are actually saying is, I can do nothing and I have NO influence.

It seems to me that the main enabling factor, is the loss of our ability or inclination (or a combination of both) to think critically. We’ve fallen out of the habit of applying our own personal initiative and we’ve lost the sense of the personal power we hold as individuals and how that power multiplies when we come together.

What’s more, for the most part, the environment in which we spend most of our waking hours, the work place, seeks to perpetuate this by keeping us in a box of operation.

“You are responsible for this, but not that! So keep your nose out of that because it’s none of your business and you have no influence there.”

It is built on the ethos of control; a hierarchical downward flow of decisions and resultant roles and responsibilities.

Based also on the assumption that people are inherently lazy and need to be “managed” to ensure they do what is expected of them.

I want to change the world from this downward spiraling path, but found myself asking those same despairingly rhetorical questions:

What can I do?

What influence do I have?

The answer, for me, came in two parts:

This book brought me on a journey through the evolutionary history of organisations. Colour coding Red, Amber, Orange, Green and the emergent Teal Organisations. Categorising by structure, operating processes, underlying assumptions, worldview and the breakthroughs for each evolutionary step. It was a technical read, but I was hooked. It spoke to so many of my professional observations and personal opinions that I started shouting “Jinx” and extending my little finger toward the book. Not a great idea on public transport… but I was excited by it.

It spoke of self-management in Teal organisations; of colleagues organizing themselves into motivated, passionate teams, not because they were told to, but because they were personally interested in addressing that issue… regardless of their department. In fact it spoke of “No departments”, rather the advice processes, so simple and yet so novel. It spoke of openness, transparency, accountability and non-violent communication.

It spoke of authenticity within Teal organisations; feeling safe and comfortable enough to show up to work as John, Not just John the Financial Controller, but John and everything that goes to make John be John.

When this happens, the masks that so many people feel they have to wear in their work environments drop.

It spoke of the evolutionary purpose of Teal organisations. Not the type that gets printed and mounted in a glass case to have sugar and lip service thrown at it, but one that lives and breathes in the actions of everyone working in that organisation; An organisation with a heart and a soul, a living organism.

Sounds utopian right? Well it’s not, because these organisations exist all over the world, large and small in many various sectors and they perform extremely well. Even in difficult times. They are built on the initiative, intelligence and power of every single person working within.

I realised this is where I can make a difference. These are the environments in which so many will be able to “practice” critical thinking, applying their initiative and holding others accountable, which is just what the world needs right now. I can help push these organisations on to critical mass.

My ability to hold a space, enabling things to unfold in an authentic way, thereby facilitating an appropriate resolution

was informed by a 360 feedback exercise I completed on Survey Monkey over the summer.

If you are one of those magnificent people who I asked for feedback and you are reading this blog post, you will never know just how insightful, motivating and humbling your comments were, nor how impactful were the sentiments behind them. Thank you!

My promise to the world is to use my gift to facilitate the emergence of these self-managing, authentic, purposeful, “Teal” organisations. To help create environments where millions get the opportunity to experience operating in a state of conscious awareness of their own immense power and can embrace their own passion and creativity.

I have absolutely no idea how I’m going to do it….

But that is my promise…. And it’s a “Ronan Promise” (they don’t get broken)